After ditching the corporate world a few years back, former Comair CEO Gidon Novick has resurfaced with a disruptive hotel start-up 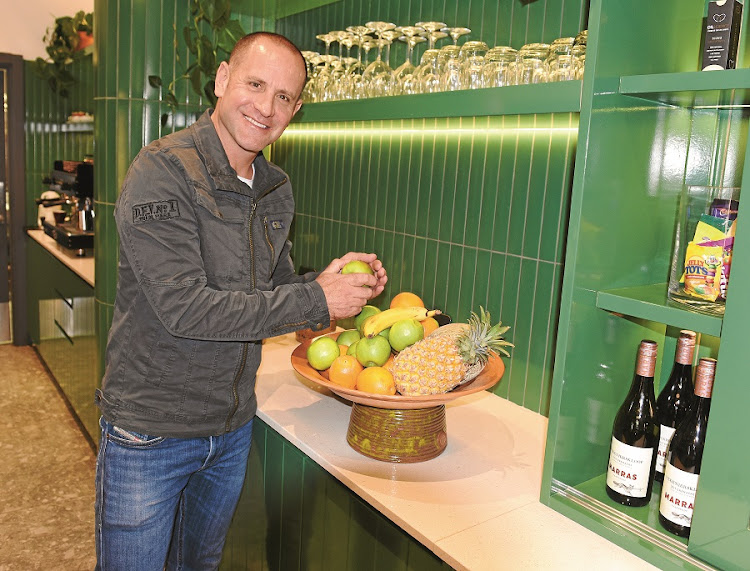 Gidon Novick, former joint CEO of airline company Comair, always thought he would love the airline industry. He grew up discussing it at the dinner table with his father, who was also in the business. But in his 13 years of growing what had been a family-owned business, he discovered he didn’t like that the determinants of success were outside his control. He could control the customer experience and the brand essence, and motivate the people — but he couldn’t, for example, control what SAA was doing, the oil price, or Airports Company SA.

In late 2011 Novick left the low-cost airline — a concept he brought to SA — after the joint CEO position fell away. He joined Discovery as CEO of Vitality, going on to become head of digital. After a three-year stint there, he ditched corporate life.

One of the key things Novick learnt from his days at Comair — and his close association with its sassy subsidiary Kulula — was the importance of finding creative people and saying “go for it”. It was this that helped put Kulula on the marketing map, where it has remained.

As founder of Lucid Ventures, he’s used the same team that put together Comair’s Slow Lounges, Tonic Design, to put style into the interior of his company’s first hotel, the Home Suite Hotel, in Rosebank, Joburg.

The hotel is stylish and sophisticated, but there’s nothing brash about it. The plan is to create a home-away-from-home vibe, something that bridges hotels and Airbnb, offering more consistency of product but not the copy-and-paste mentality.

Lucid Ventures started from scratch, with no capital. It meant deciding on a business model and starting a brand. For Novick, it was a humbling experience. “Kulula gets credited with being this great upstart and in many instances it was … an upstart within an infrastructure, which I’ve subsequently learnt is a much easier upstart than an upstart without infrastructure,” he says.

It all started when Novick left Discovery. He wanted a tax-efficient investment vehicle, and came across the 12J model.

Section 12J is a piece of legislation that gives tax-free investment into certain categories of start-ups. It’s a way of encouraging business owners to back vehicles and create jobs by offering full tax deductions — effectively a 45% subsidy of an investment. It’s become popular with high net worth investors who want to pay less tax and earn a reasonable return.

12J was introduced in 2009 to boost businesses believed to have long-term growth potential in economic sectors that are often hard-pressed for financing. It was pretty low-key until 2014, when amendments made these tax deductions permanent if investors hold their shares for at least five years.

Lucid Ventures was initially an investment vehicle aimed at smaller-scale private equity, with some family and friends involved. The plan was first to get the capital, and then figure out the investment strategy.

For Novick, a key upside is how much capital the outfit has managed to keep onshore due to the 12J model. “I can tell you for a fact 90%, if not all, of our investors would have shipped their capital offshore [otherwise].”

The hotel model offers a property underpin, so it means a bricks-and-mortar asset with a business model that also has a value underpin. The Home Suite Hotel is priced at a slight premium to a four-star hotel and targets people who travel often and want to go to a familiar place.

Lucid Ventures is now invested in seven hotels — either up and running or in development — some of which it owns outright. The Home Suite Hotel in Rosebank is 1km from the Gautrain. A second site will be developed next to the Gautrain, and the company has started building in Sandown in Sandton. There are a further three in Cape Town: in Sea Point, the Cape Quarter and Gardens.

At the Rosebank hotel, the lobby is adjacent to the kitchen, where the cook is making pasta for the evening’s meal. It’s small enough to be intimate, but not so personal that you don’t have your space. Keys are not the old-style cards, but a phone app that opens your door.

At what point will Novick know if it’s successful? “In a model like this, the repeats will be everything,” he says.

And success for Lucid will be determined by whether the company can protect its investors’ capital while giving them the upside of a disruptive hotel business.

“You’ve got to give investors exit options,” he says. “The measure of success will be: can we hold onto investors after the [five-year] 12J honeymoon period? Time will tell.”

So what does Novick love about hotels? The fact that you can create an experience that’s different and special. You can differentiate on design. “People always look at that in business; perhaps they overengineer on the financial side,” he says.